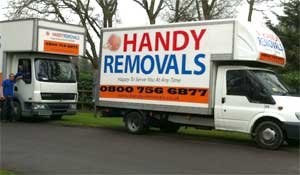 Removal Truck or Removal Lorry, What is the difference?

As far as we know, there is none, but we would to inform our customers that some London based law firm has just forced us to change the way we name our “Two men and a Truck” to “Two men and a Lorry” due to some Trade Mark infringement to US based company represent.

We’re a small and local London based removal company, but we’re forced to change they way we label our service because some mindless trade mark officer in the US has decided to award a trade mark so such generic term? What about if they decide to trade mark “Two men and a Lorry” as well? Shall we call “Two men and a large Motor Wagon?

Common Dave, do something about it

What Our Clients Are Saying

"great service across a very long day and very helpful!"

"We can highly recommend this company. All their operatives are prompt and polite and perform anything asked of them with a good spirit and high level of professionalism. Highly recommended."